Trinidad Carnival. Oh la laa! Where do I start? What an experience to experience! #badgrammarbutyougetmypoint 😄 Playing mas has been on my bucket list ever since I was in college back home in Nigeria and saw Carnival pictures! A couple decades later, here I am at the biggest and best event in the entire Caribbean. With YUMA nonetheless! #yumalemonade

I’m living evidence that you don’t have to be half naked or immoral to play mas at Carnival (Note: That doesn’t make me or you better than the people who are culturally or personally more okay with being half naked). The thing is that no one there cares about what you wear and even if anyone does, it’s not their business. All, tall, short, fat, skinny, old, young, any race or color….There’s a place for Everyone at Carnival! It’s a happy time. 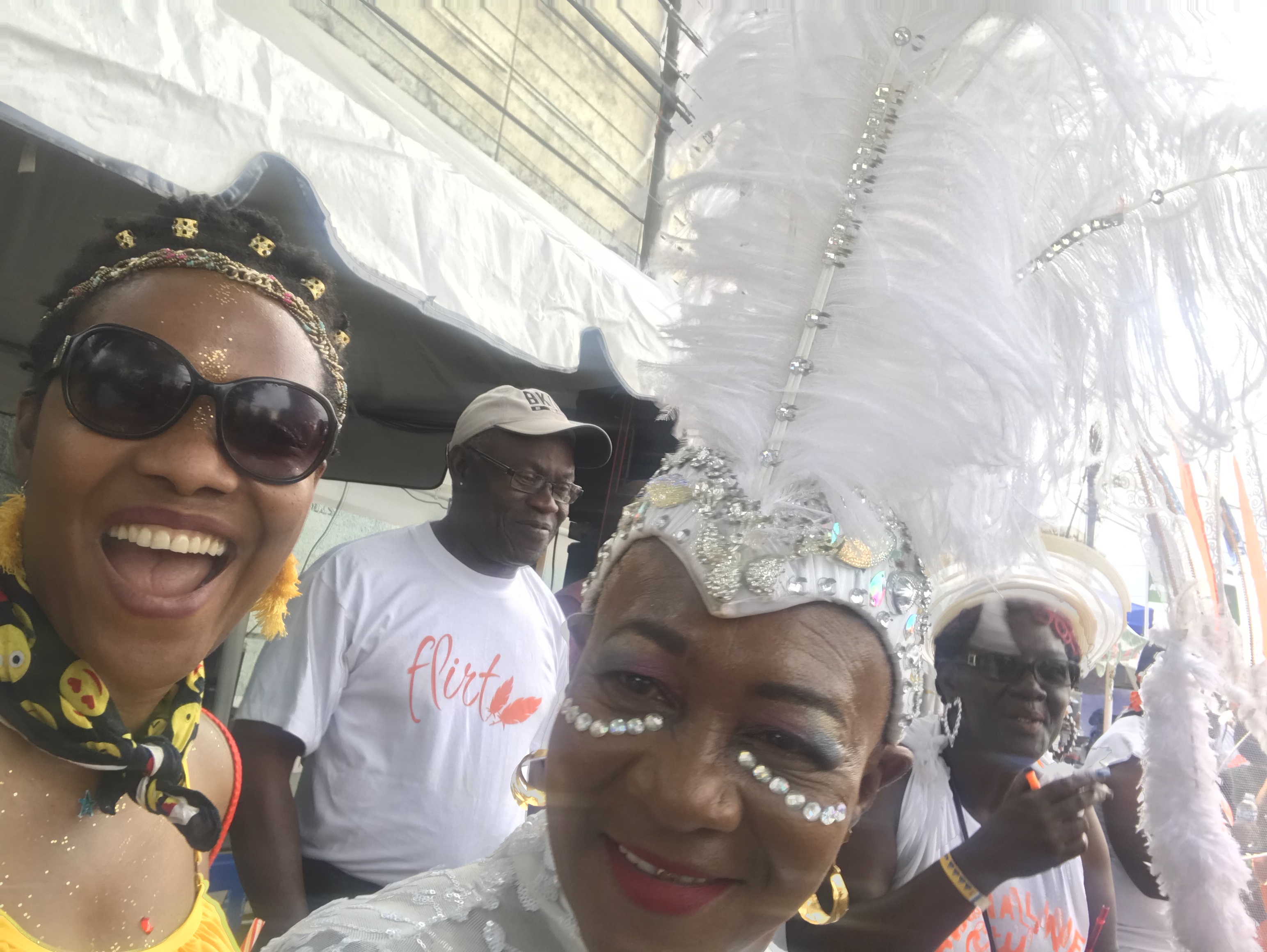 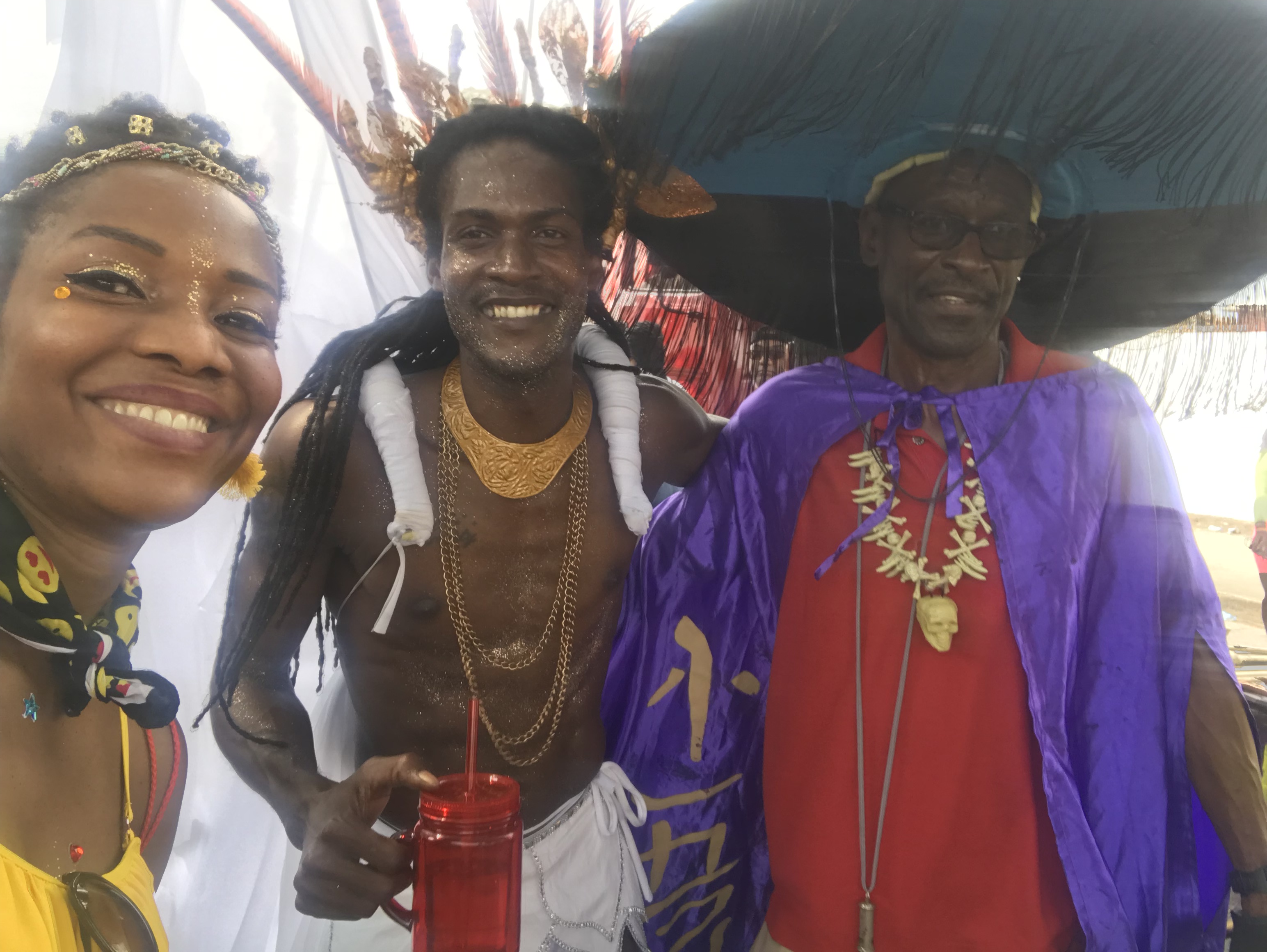 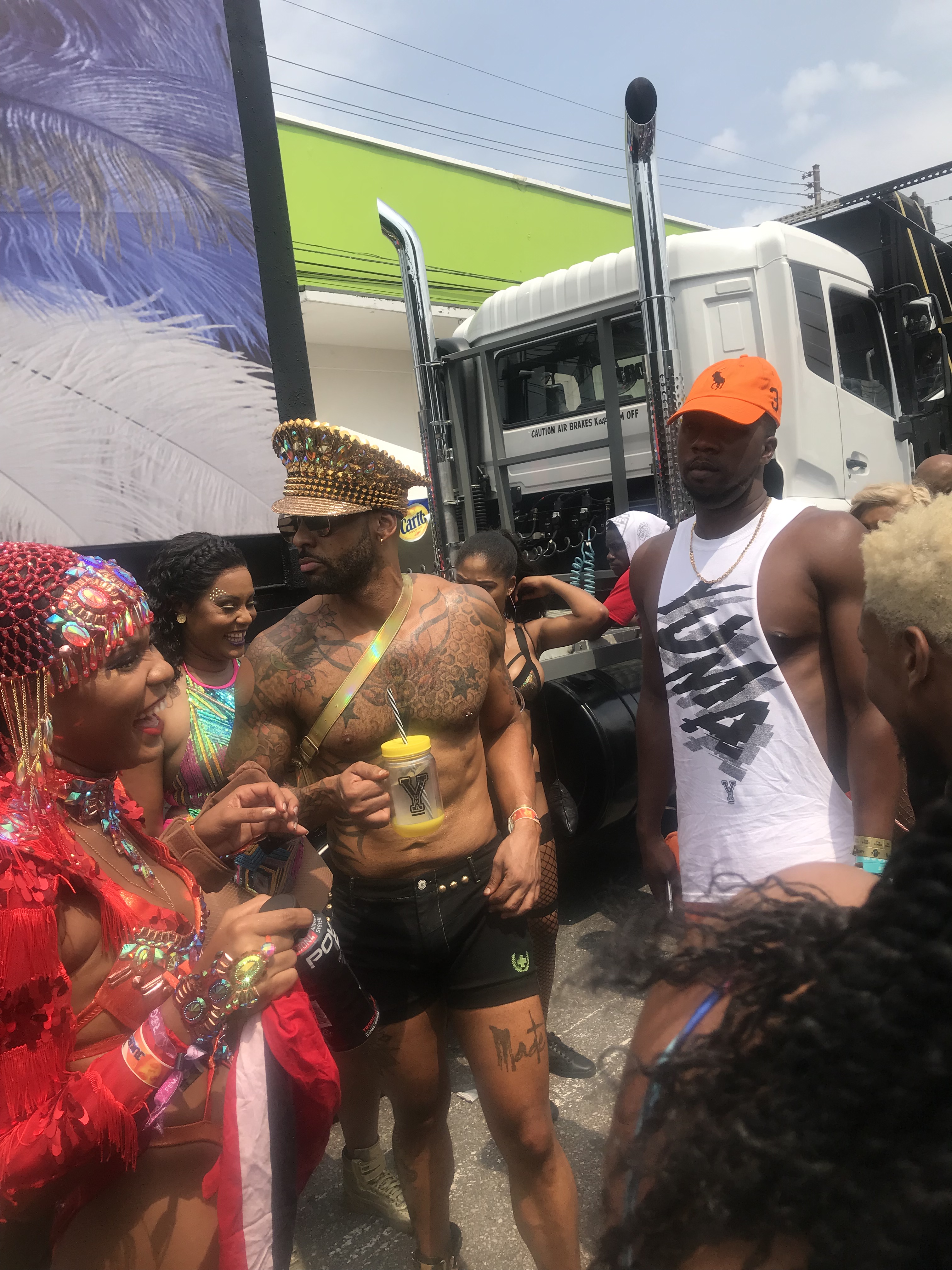 I also believe in Live and let live, you know? Judge no one. Let’s just all be ourselves and BE HAPPY!

We first have to know the history of it all. Carnival in Trinidad and Tobago is celebrated before the commencement of the Lenten season. From 1783 for half a century, the French developed their Carnival , which was noted to be a season of gay and elegant festivities extending from Christmas to Ash Wednesday. These festivities consisted of dinners, balls, concerts and hunting parties.

The Africans started to participate in the festivities from 1833 after the Emancipation Bill was passed. The Africans brought Canboulay to its festivities. Canboulay was first played on August 1st, Emancipation Day, but subsequently took place after midnight on Dimanche Gras, the Sunday before Carnival.

In early celebration of the festival by the masses activities were held over the three days preceding Ash Wednesday. However in the face of over 60 years of criticism from the upper class about the low standard of Carnival and strong feelings expressed about the desecration of the Sabbath, in 1943 Carnival on the street was restricted to the Monday & Tuesday.” – culled from NCCTT.

The historical significance of Carnival in Trinidad cannot be overplayed. As a part-time resident of T & T for the past four years, it’s important to me to immerse myself in their key cultural event, “dance my last soca dance” and celebrate this land I love so much before leaving. Mingling with prime locals and tourists is an added bonus, one which always gives new insight into the human spirit and its varieties. Last but not least, I played because I LOVE the FABULOUSLY MAGNIFICENT costumes. Who knows, maybe when I’m a grumpy old lady with cranky joints and them sort of grandkids/kids who think they’re the shit and “Grandma knows nothing about life”, I’m going to whip out these pics and yell “I Lived!” 🤣 Yes, I too was hot and glamorous like you and someday (if you’re good AND lucky), you’ll be old like me. 😄 In the words of Orson Welles, “I know what it is to be young, but you don’t know what it is to be old“. 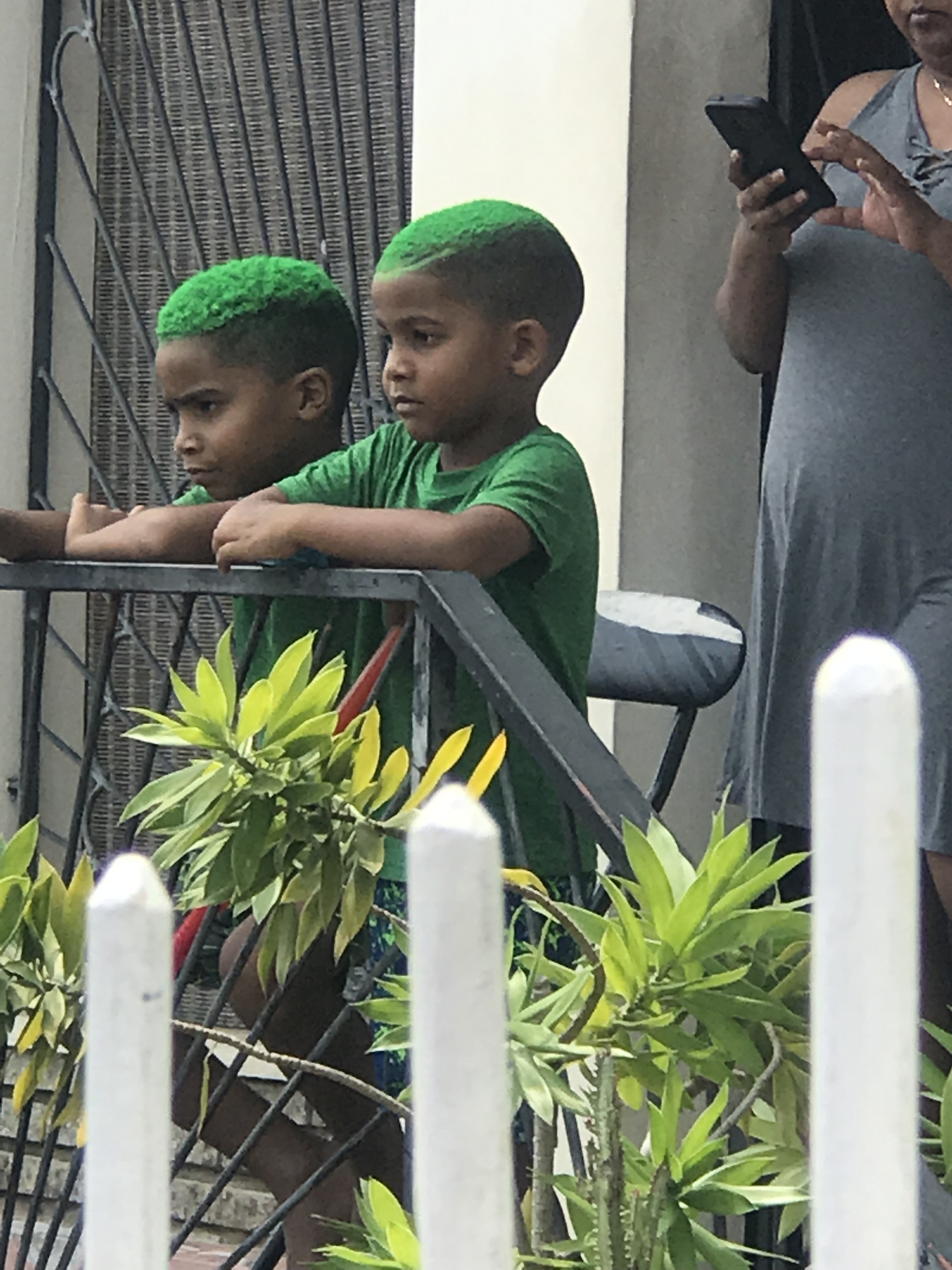 So… It’s Carnival Time and everybody is out. All offices and schools are unofficially closed. People simply don’t show up to work or school those two days or the entire week, it’s amazing when one thinks about it. Really. See pics of the ever-bustling commercial Downtown district. Charlotte St and environs were silent. 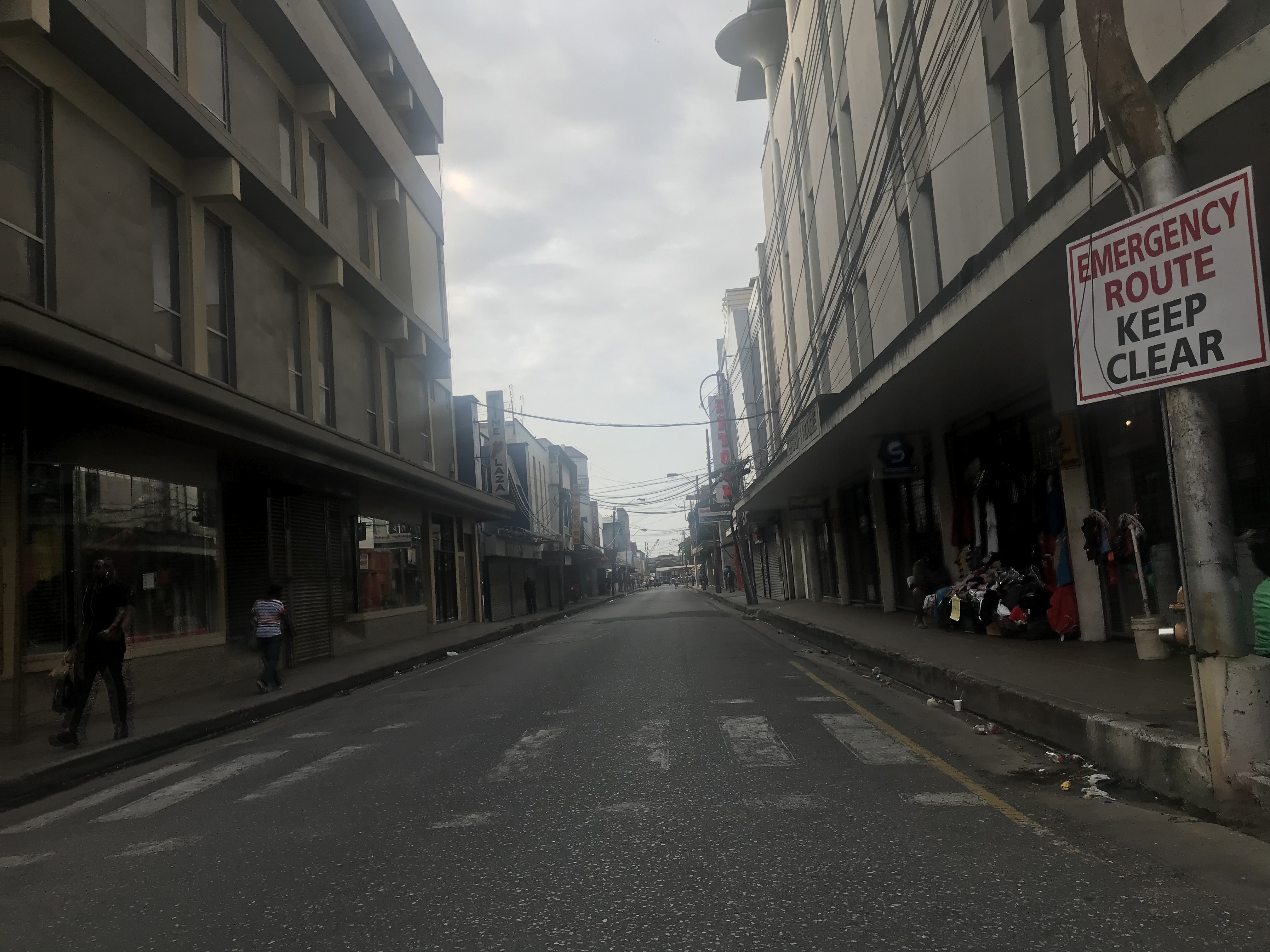 Trinidadians have a very stable Rhythm of Liming going on all year honoring various party seasons. I will write a separate post on this so *follow my blog to know the best time to visit Trinidad and get the season experience You want*.

It’s mind blowing how organized and fun every event is! The police, army and security personnel must be the largest employers in T&T.

One of the craziest things about Carnival is how Makeup sessions run through the night. Th best MUAs start making up clients at 1am and do it all night. It’s important to get your face “beat-up” as Trinis call it, but when I couldn’t lock down someone at a decent time I sprinkled lots of glitter and resolved to do it myself. 😄 See picture. Thankfully the famous JMack was around to give me tips, put in lashes and later do my full-face on Carnival Tuesday. Im proud to call her friend. 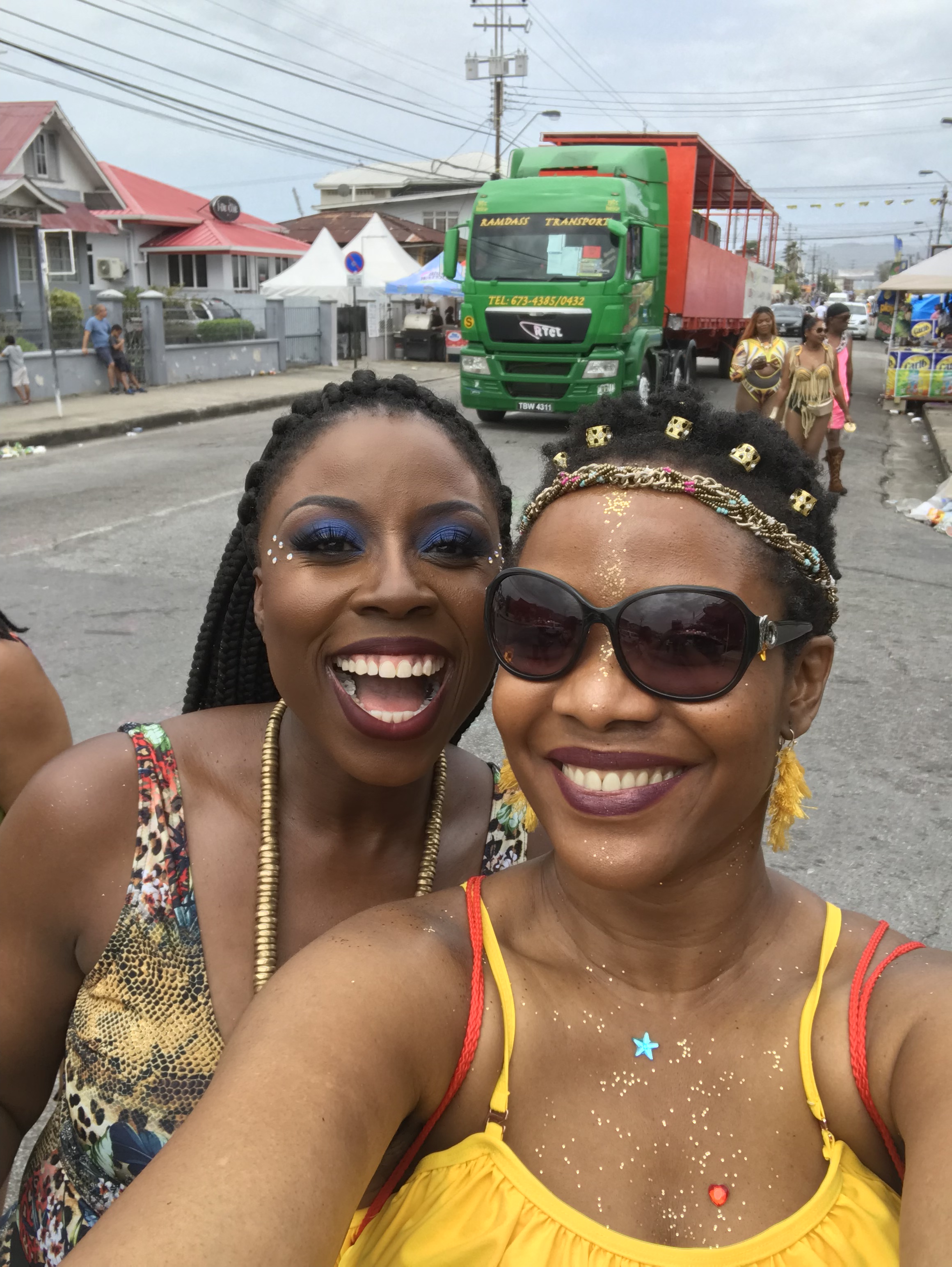 Faces painted, outfits on, we were ready to hit Yuma’s takeoff point for Carnival Monday Mas. We walked from 21 Alberto St in Woodbrook planning to hit 3 Alexandra (Yuma HQ) via Tragarete Rd.

Starting time was meant to be 10am but bands rarely start on time. So we hung out on the band trail watching other groups go by and waiting for Yuma to show up. 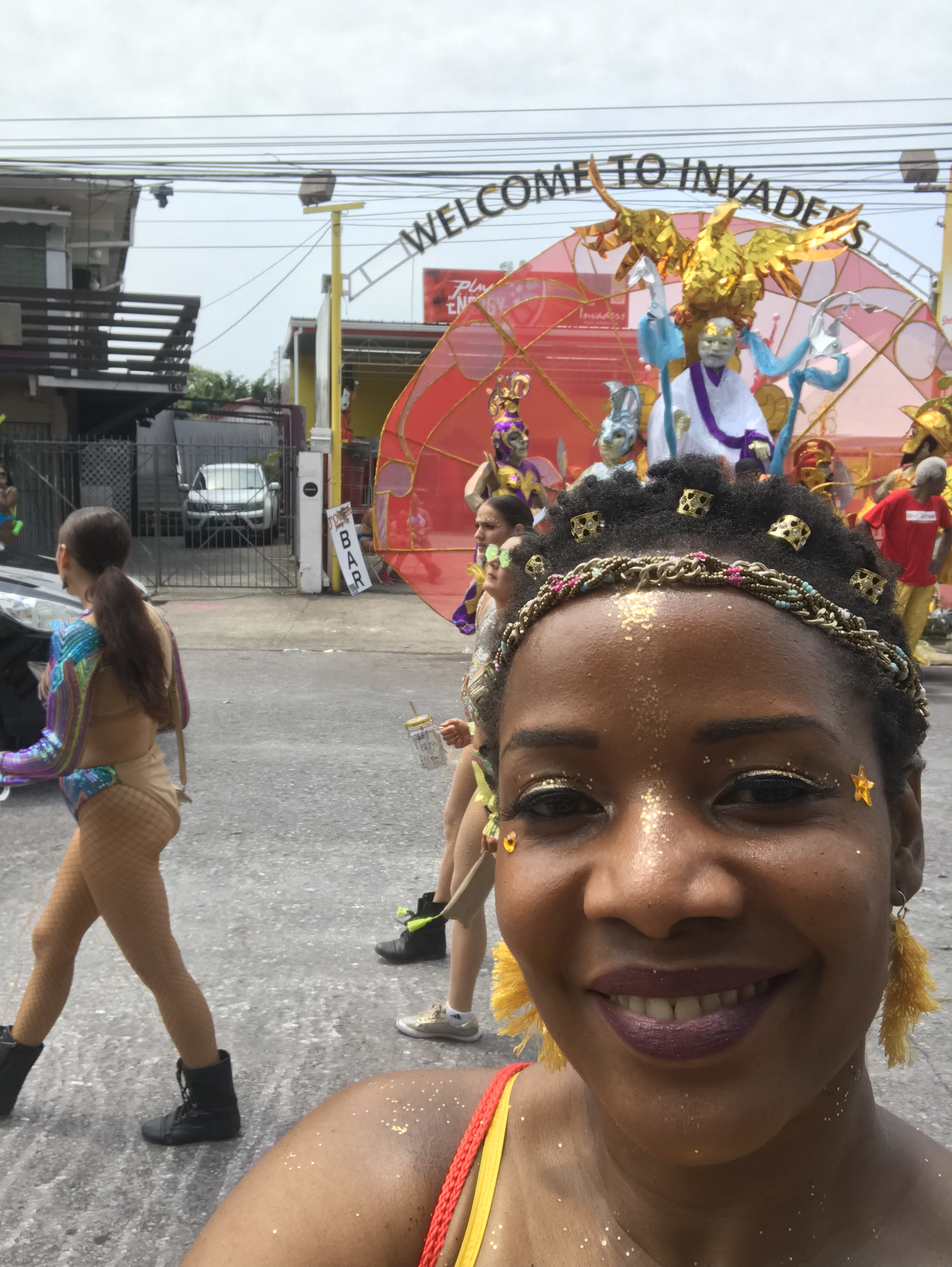 And then, with blasts of di bess soca music emanating from huge speakers on each of many music trucks, a huge number of good looking people dancing and wine-ing to di beat appeared and there was YUMA! It is one of the biggest bands in the Caribbean, with a very diverse group of people (incl. a sizable LGBT population).

We joined up, showed our wristbands to the security personnel and were allowed to slip under the rope separating paid mas players from tailgaters and spectators. There were so many Drinks trucks interspersed with music trucks and rest-trucks that I didn’t bother counting. Cups were filled as soon as they were emptied by the ever-attentive and friendly bartenders, alcoholic and non-alcoholic options were many, free to Yuma members and unlimited. It’s VERY important to stay well-hydrated “on-the road”. They even give you a sturdy cup to make sure you drink a lot of liquids.

Our trail wound through town starting from St. Clair and winding through The Avenue (Ariapita) past Victoria Square, the cemetery on Colville reminded us of our mortality..👇🏽 One Life to live, y’all!🙌🏽

… continued on through South Quay, Charlotte Street (Downtown), Port of Spain General Hospital, Savannah and beyond. Lunch was served at the Yuma Lunch Stop at the Park just a stone’s throw from One Woodbrook Place where the famous Machel Montano resides.👇🏽 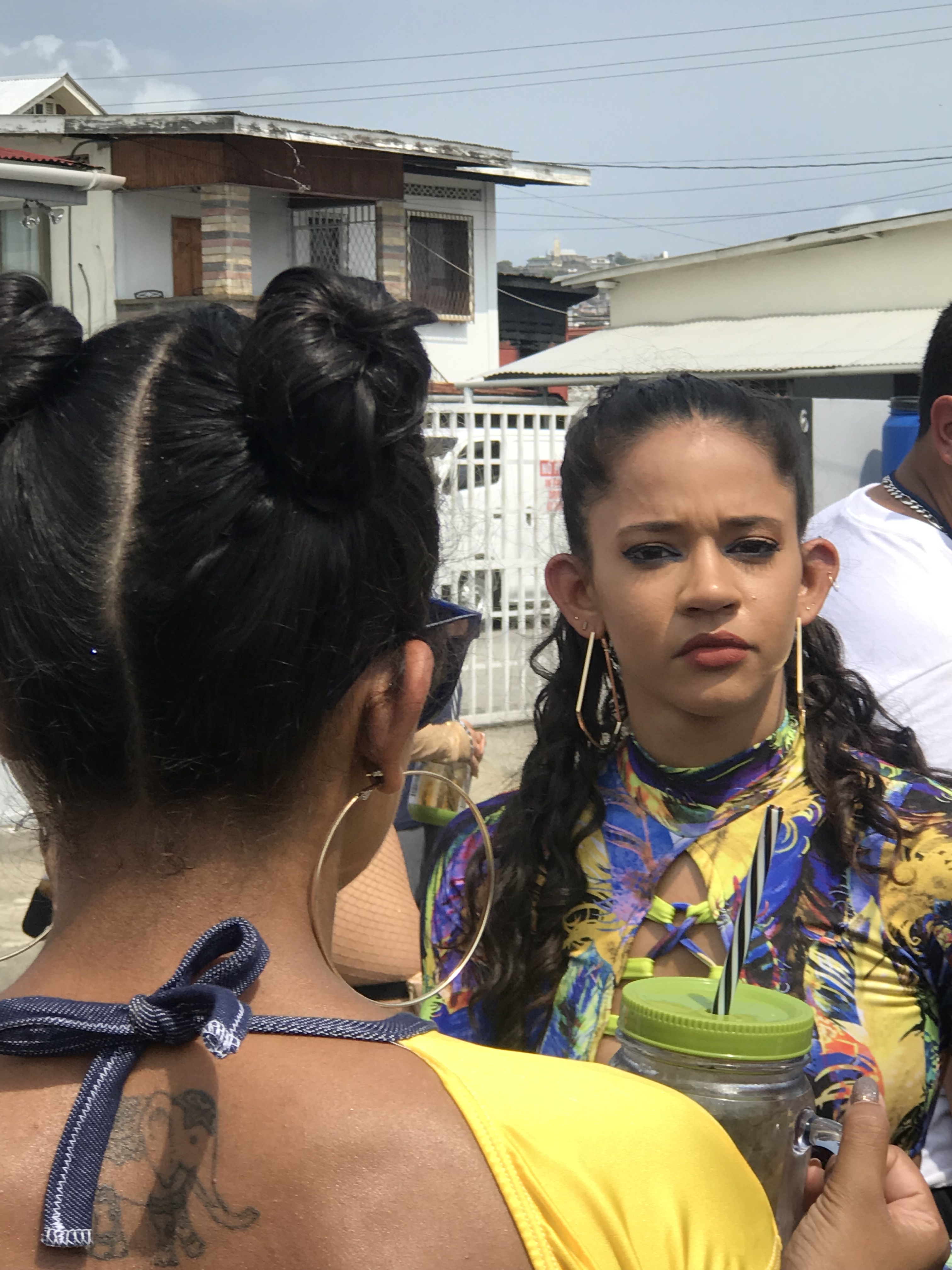 Back to Alexandra St. 👇🏽

All in all, it was an amazing experience not for the faint hearted! It’s for good reason that one needs to start working out, running, going to the gym etc to build up cardio, endurance and survive Carnival (season). To fully take part in fetes, both days parades and more, you HAVE to be 120% fit else your body will revolt at some point and order you home. 😆

The Main Day Carnival Tuesday is next…costumes check, shoes check, energy check, are you ready? 💪🏽 Follow and watch out for my Tuesday post (spoiler alert: MAGNIFICENT pics and more!)