I was very honored and sad to be at the frontline, to lay George Floyd to rest beside his “Mama”. His tragic death on May 25, 2020 from police brutality, asphyxiation and the sheer wickedness of Derek Chauvin (and his three stooges) in Minneapolis shocked the world. UPDATE: Newly released bodycam video just out in August 2020 is next.

Full details on the #NYT here. George BigFloyd was a Third award Houstonian who moved to Minnesota a few years ago and now returns here for eternal rest.

People came from all over Texas and neighboring states to Houston for the public viewing on Monday June 8th 2020 and the burial the next day. The public viewing was attended by well over 6,000 people at Fountain of Praise church and forever, George’s body is resting at Houston Memorial Gardens in Pearland, TX.

Related: Watch police Captain speaking on how AAs are treated “like animals”.

WATCH HIM GO BY IN THE VIDEO BELOW! The horse drawn cart was a nice touch and his family expressed their gratitude as much as they could. I had a few words to say in a quick live TV interview on KPRC. God rest him and may his sins be upon his killers’ heads IJN! 🙏🏽 #BlackLivesMatter

The #GeorgeFloyd story is the first #BlackLivesMatter issue I have ever gotten really involved in and/or attended. It’s been bittersweet in that it exposed so much evil and wrong with our country and yet, brought billons of people together to unite in the fight against Racist treatment of Dark-skinned people. Voices all around the world are decrying racism, global protests are taking place and statues of slave-trading thieves like Edward Colston and King Leopold of Belgium are being destroyed in various countries. Almost all corporations, government leaders, celebrities and people have spoken up for social reforms, police accountability and justice. George died a horrible death and as Al Sharpton said, “The knee on his neck symbolized the knee on all our necks”. I am a first-generation immigrant from Nigeria and was/am still shocked by the different ways being black is a crime in America. From being followed around stores, being seen as a threat/intimidating/suspicious, talked to patronizingly or outright snubbed, being black here is risky and so many victims have been killed, Unarmed and helpless. Slaughtered by the very people who were supposed to protect their lives. A few are profiled here. #SayHisName #SayTheirNames Image below.

Floyd is the latest and he was killed when people were still reeling from Amy Cooper’s foully racist murder-by-cops attempt on a black man in Central Park NYC on the same day (May 25th). May BigFloyd’s memory bring lasting positive change for People of Color. 🙏🏽 In his death (thankfully caught on video) he became great and his strong spirit has galvanized millions throughout the world to actively understand systemic racism and/or seek Change. Unfortunately a few city protests were tainted by three groups: white supremacists who infiltrated the crowds to cause discord, instances of police brutality and some opportunistic disenfranchised people OF ALL RACES trying to get free stuff.

Watch When Being Black is a crime.

Pearland is a calm suburb and all present made sure to keep the peace. Attendees were of all ages and nationalities, from babies-in-arms to the elderly. Conscious black music was played at the perfect volume for all to hear without being obnoxious. Kroger and restaurants were a short stroll away and kind volunteers kept passing free water around, while the police were friendly and yet alert. Waiting outside in the hot Texas sun is no small feat and when a couple people began to pass out, there were medics available to help. I am so glad that despite the fears and fake news being spread, so many of us braved it and did the long wait. The George Floyd burial spot is beautiful, calm and very peaceful.

Read my next post on Innocent Children recently killed by the police.

2 responses to “The Burial of George Floyd” 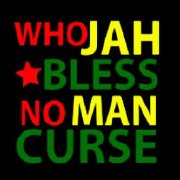